National Apprenticeship Week celebrates the impact of apprenticeships on individuals, employers and the economy. Here at Bell Lamb & Joynson, we support and embrace our new team members who join us for apprenticeships, and hope that their journeys inspire others to take the important first steps in their careers.

Some of the BLJ team have recently completed apprenticeships, some have been with us for years, and some past-apprentices have returned after time away from the business. With so many different stories within our team, we thought that this would be the perfect opportunity to ask them some key questions about apprenticeships and their career experience with Bell Lamb & Joynson. 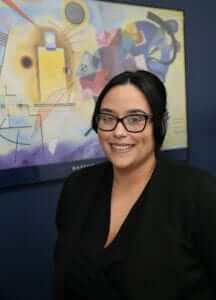 I started at BLJ in 2007 on an apprenticeship scheme. At the time I felt this was the best route for me as I wished to be employed and gaining skills whilst working.

During my apprenticeship, I gained valuable skills in general office duties such as administration and reception tasks.

I learned the importance of being organised and supporting other members of staff to the best of my ability.

I also learned the importance of communication and how to deal with clients from the outset as front of house. I was then able to build on these skills to develop my role.

What made you decide to return to BLJ?

I left BLJ to develop my role within the family sector. I had worked in BLJ as admin and then progressed to the family department.

I have worked at two other firms in Liverpool and developed my role and gained valuable skills and experience. I have dealt with both public and private law matters.

Since returning to BLJ as a family paralegal I have taken on my own caseload of family matters such as public law, to include pre-proceedings and care proceedings, to private law children matters. I  also see clients for divorce matters too.

I started out at BLJ and I feel that the company supports the growth and training of individuals. I am passionate about the growth of the firm and being part of a closeknit team. I have also started studying with CILEX which the firm are supporting and I am due to complete this course in 2022. This is a course that I complete as a part time study outside of work hours, studying whilst working is the better option for me.

An apprenticeship was the best route for me as I prefer to be hands-on and working within the role whilst learning skills. When I started my apprentice I had no interest in law and was placed here to work within the admin team. I then developed a passion for family law and I love to assist clients in what is often a difficult time of their life. Without starting my business administration apprentice, I would not have ‘stumbled’ into law and progressed to the role I am in today.

An apprenticeship is something that appealed personally to me rather than university. I wanted to learn and gain a qualification as well as earning a wage at the same time.

What interested you in completing an apprenticeship specifically with BLJ?

I was interested in working in the law industry, I studied law at college so I wanted to pursue this further. BLJ is also a well-known solicitors in the area, and they had opportunities to progress further once the apprenticeship was coming to an end.

I learned a lot about providing administrative support and what information is needed to make diary entries in relation to work matters. I also learned about organisational procedures. I picked up lots of important, transferable skills that are still relevant to my role today.

What was the process once you had finished your apprenticeship and what role are you working in now?

The process was fairly easy, I just had to make sure that all of my work was completed and submitted for assessment, all my timesheets had been completed.

On the final day when my training provider came to the office, she went through all of my work with me to make sure it was all done and asked me to complete a ‘signing off document’ which reflected on my time as an apprentice. I am now working as a conveyancing post-completion assistant. My role is to deal with SDLT, AP1’s and requisitions with Land Registry after a house purchase/remortgage/transfer etc has been finalised. Previously to this, I worked on reception (which was the role of my apprenticeship) I was then moved into the conveyancing department in the new business/on-boarding team.

Go for it. But just make sure that you complete all of your work on time and don’t leave anything to the last minute – organisation and preperation is key to getting the most out of your apprenticeship. 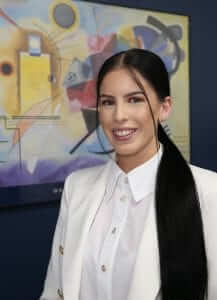 After sixth form I was keen to earn straight away and I felt like an apprenticeship was the right route for me so that I could support myself whilst picking up valuable new skills.

What interested you in completing an apprenticeship specifically with BLJ?

I considered a career path with a law firm as something that I would be proud of, and that’s definitely been the case.

Some of the key things I learned about were communication, problem-solving, motivation and timekeeping.

What role are you working in now?

I started with BLJ when I was 18 and I’m now 23. I started as a business administration apprenticeship, a role I stayed in for two years. My role now is trainee conveyance assistant and I deal with new business. There’s been clear progression within my career, which is why I’m definitely an advocate of apprenticeships.

It’s the best way forward if you’re looking to earn money and have a potential career as soon as you leave school.

Are you interested in starting a career in law with Bell Lamb & Joynson? You can keep up to date with any opportunities over on our recruitment page.

A time for giving?

Following the unwelcoming discovery of the Omicron variant – and according to most national newspaper front pages – it is looking highly likely that businesses and employees are set to...
Read more

What to avoid during separation negotiations

Taking steps to separate from a partner is one of the most difficult decisions a person can make. There has been a staggering threefold increase in the number of separation...
Read more
Your choice regarding cookies on this site